I’m in love with the struggle. The fat struggle that is. 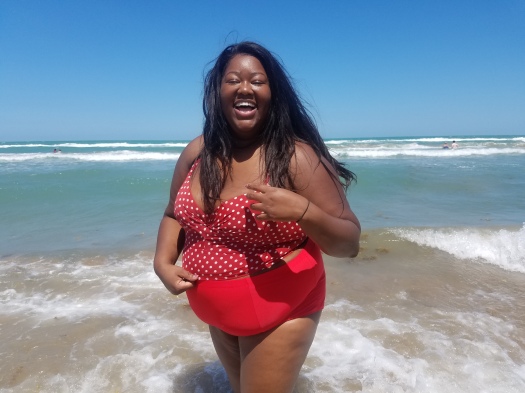 Two years ago I had a foot swell.  Just one… randomly.  It swole to the point that I had to go to the podiatrist who rushed me to the emergency room. They ran multiple tests and felt me up and down assuming that I was suffering from blood clots and whatever medical mumbo jumbo that makes something like this occur.

I was fine. But this foot was not.

They wrapped this foot and placed it in a cast only to have it swell larger. Turns out that no part of me can be contained. It swole till the skin began to break and walking was unimaginable but.. it went down.. kinda and I just learned to deal with it slightly swollen and all.

I bought new shoes and replaced all the old with a size larger. With disposable income and a hard head you make decisions like this.. like that..

This post isn’t about my foot. Its about my fat. That quite possibly may be the cause of the foot, you see.. I’ve been diagnosed with Type II Diabetes (for a long while now) and the only way to restore normality to the foot and my life is to lose it. (The weight… I’d kinda like to keep the foot)

Now its may sound simple right, LOSE THE WEIGHT but.. in my mind I am the weight and I feel like if I lose it… I may lose me.

Whose gonna be your fyne fat friend with the matching personality that attracts all the men!?

I’ve built my whole life trouncing over your standards for my supposed weight struggle.

I’ve dated NFL players and many influential men
I have AND AM living a life of excellence all with this fat.

Even when I am still being told that I can not.

Losing weight feels like giving in. Its winning the battles and losing the war. Its giving in to your standards of beauty and expectations for quality of life. Its.. Its.. becoming what is perceive to be normal.

My little cousin Alexis was eight when she innocently asked. “Courtney why are you fat? Don’t you wanna be normal like the rest of us.”

And now I feel like I am being forced into a look that matches what the world wants for me and not for myself. I am angered by the backhanded compliments that come with it. The grossly misplaced congratulations on an ‘obvious‘ improvement to myself when I AM ALREADY PERFECT!

Except for this foot…

I know its just weight.. I know I am not my weight.. I know that its for health reasons and not aesthetics… but right now I have to make the choice of weight lose over a potential early death.

I’d like your accountability and support and not your Euro centered compliments in the process…. WHEN… I convince myself to live.